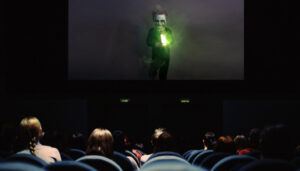 Welcome to February! This month, we continue our November discussion about superhero play and how kids can potentially misuse it without proper guidance. It also tells us about a child’s emotional state.

So much of what happens in a superhero movie is mythic iconography. Subliminally, these elements work to move adults into the story and play on their emotional hotspots. However, kids can also pick up on these messages but are not fully able to understand the nuance. As a result, stories written mostly for adults are also resonating with children in very limited ways. And as writers elevate the material, the line between hero and villain becomes blurred and difficult to understand. As an example: do kids who love Venom, the Spider-Man villain-turned-hero, know and understand that heroes are not supposed to eat enemies? Children can more easily grasp a character like Batman who is consistently the good guy but characters who change from bad to good or vacillate between the two are confusing to young children.

Our kids will have the most trouble understanding superheroes: what is real and what is fantasy. A narrator does not step out into AVENGERS: ENDGAME and explain that there are no absolute heroes and no major villain to worry about in real life. That’s where parents and caregivers can be guides. Beginning at around age 4, children become far more aware of the dangers in the world around them and begin to worry about them. At 4 years, children often act out stories in which their mommy has died and the child has to cope without a mommy. They begin playing chase with the new elements of superheroes or good guy/bad guy themes because they have gained a new awareness that there are dangers in the world and they worry about these dangers.

Being the Narrator Our Kids Need

As parents and caregivers, we know a superhero story is a story that makes us feel secure about our chances of survival, about the importance of our best values, and the triumph of the human spirit over adversity. For our children, we have to be that narrator and explain that there is no Joker and no Batman, but there are a few people in the world that may want to harm people, as well as lots of people that will try to protect us from harm. We can focus on the real heroes in our world (police, fire fighters, doctors and nurses, etc.) to help ease their vague and only partially understood fears and feelings of powerlessness. They have only recently left toddlerhood and they are recognizing that the world is a very big place and that they are very small. They need to know they are safe and that they have a security net.

What about those kids that consistently choose to play the bad guy? Some kids will find themselves gravitating exclusively to the villain’s role, and while it can be upsetting to a parent to realize that your child is a bit too drawn to the darker characters and the violent play, we can think of it as the child acting out some of his/her fears and stressors in order to process them. It is a sign that the child is processing deeper thoughts about power and control, safety and security, and their awareness that the world holds dangers. If your child is constantly playing the bad guy it is time to explore the role of bad guy and why your child is identifying so strongly with it.

We all have a light and dark side. It’s very normal for a child to play both good and bad guys and it’s normal to go through a mild bad guy phase. A big part of understanding a child’s choice is to watch how he/she plays. Does the child use his/her play to scare other children or make them feel threatened or uncomfortable? This is a sign that a child has social/emotional needs that are not being met and need attention. It could be just a simple misunderstanding of what it means to play the villain. Children understand rules, and they understand roles. Without guidance, they are quick to parrot the mythic structure of comic book stories, which, as we mentioned in November, is in part based on the tropes of wrestling and it’s easy for kids to get carried away.

However, it is also possible that they may be latching onto the violent narrative of an adult comic book to process their unrecognized feelings and fears and are harming or scaring classmates as a result. If the child likes playing the Batman villain Bane and tries to wrestle another child against their will, it is time to stop the “play” and explain the importance of the role and how it harms other people. It’s important that children understand that villains are villains, that they are selfish characters taking unfair advantage in society, and not heroes in their own right.

As a villain, their ultimate place in the narrative is to be defeated, but they still have to play by the school rules: no touching and no aggressive ‘near-missing’ (which can turn into accidents). To perfect a villain’s role, they must learn to understand why villains almost always nearly win, only to lose. While they may be attracted to a particular villain’s iconography, a villain’s role is to be defeated by the heroes and heroines, and they have to find a way to present a play-threat (not a real threat) and to be surprised and ultimately defeated by the heroes.

If a parent or caregiver has concerns, the best thing to do is talk to their child about their play. Ask your child what he/she likes about the character and why he/she likes to play it. They may feel pressured into a role and take it too far out of frustration that they cannot be the hero they most like because another child has already claimed that role. It may be that they are processing fears and insecurities by trying to be controlling and powerful. Play along with them using action figures or dolls, and help them work out how to make their performance safe but fun for others, and how to insist on playing a hero when they want to be the hero.

Remember, there are thousands of superhero characters available– and for every Marvel icon, there is a corresponding DC icon. If Supergirl was already claimed, the child could always be Power Girl, or Captain Marvel, or Atom Eve. If the child wants to be Batman and someone has already claimed Batman, there’s Captain America, or Moon Knight, or The Question. There is room for every child to pick an iconic role that expresses their heroic alter-ego.

The most important element for kids to know in order to enjoy superhero play are the rules of the playground they are in and the structure of what a superhero story is. Heroes stand up for what is right, protect the weak and the strong, and tell the truth. Villains threaten the weak, exploit advantage, and lie. Actual violence, or the threat of violence, is unacceptable in play. For the adults, the number one concern is the physical safety of the children while allowing them to explore the world of good guy/bad guy play but it’s very important to understand the social/emotional function of this type of play and to be responsive to it. 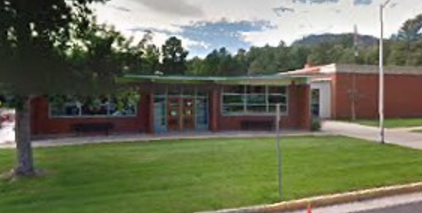 Thank you to all of your wonderful teachers! Athima loves camp every summer. And she learns so much. She will be sad that it is the end. But hope to see you next summer!

Dear Creekside Staff, Thank you so much for taking such amazing care of Grace this past year. It means so much to me knowing she was in such wonderful hands and she was so happy there with you. We wish you a wonderful summer and hope to stay in touch. Thank you for everything!

Creekside teachers, Thanks for another great year of helping our kids “spread their wings”. You are a wonderful caring group of teachers!

Dear Jennifer and Veronica, dear everybody at Creekside Kids! Thank you so much for being wonderful leaders, so caring and fun!

Dear Creekside, Thank you for allowing Hanna Grace to borrow books, and for taking care of  my  sweet girl!

Veronica, Jennifer, Chris, Libby, Melinda and the team I missed. Thank you so much! We will miss the love, fun and guidance (to us both!) of the Creekside Family!

Thank you so much for everything! You guys are great with kiddos and we would recommend you to anyone. We’ll miss you and we appreciate the time Eli had here. Thanks!

Thank you for the wonderful two years at Creekside. We have always felt safe and secure and have enjoyed all the fun and educational activities. We will miss you as Nick moves on to Kindergarten.

Thank you to all of your wonderful teachers! Athima loves camp every summer. And she learns so much.… END_OF_DOCUMENT_TOKEN_TO_BE_REPLACED

Thank you so much for everything! You guys are great with kiddos and we would recommend you to anyon… END_OF_DOCUMENT_TOKEN_TO_BE_REPLACED

Dear Creekside Staff, Thank you so much for taking such amazing care of Grace this past year. It … END_OF_DOCUMENT_TOKEN_TO_BE_REPLACED

Veronica, Jennifer, Chris, Libby, Melinda and the team I missed. Thank you so much! We will miss … END_OF_DOCUMENT_TOKEN_TO_BE_REPLACED

Creekside teachers, Thanks for another great year of helping our kids “spread their wings”. You a… END_OF_DOCUMENT_TOKEN_TO_BE_REPLACED

Dear Creekside, Thank you for allowing Hanna Grace to borrow books, and for taking care of  my … END_OF_DOCUMENT_TOKEN_TO_BE_REPLACED

Thank you for the wonderful two years at Creekside. We have always felt safe and secure and have enj… END_OF_DOCUMENT_TOKEN_TO_BE_REPLACED

Dear Jennifer and Veronica, dear everybody at Creekside Kids! Thank you so much for being wonderful … END_OF_DOCUMENT_TOKEN_TO_BE_REPLACED